Safe Travels, Cuz. Enjoy yourself, but don’t believe anything they say.

I’m flying to Tel Aviv later today. It will be fun to see Chava and David and celebrate their anniversary with them. There’s gonna be a party! In 1985, oy! Were there parties! Enough people came from the states that everyday had to be something so each of the families could have a turn treating the crew to a feast. We did amazingly well as a herd of cats…for a whole week. It was a delight. I’m also looking forward to seeing my friends in Um Il-Khair, Bethlehem, Jerusalem and Hebron. I’m afraid of the condition of many communities that have personally touched me.

At the end of a terrific Chanukah celebration a few days ago, my cousin told me that her daughter (also my cousin) was going to Israel soon after me. I guessed correctly that she is going on a Birthright trip. I wasn’t surprised that at some point she would go on Birthright. My cousin broadly knows my views on political things enough to know I probably didn’t like Birthright. I know there are a variety of trip flavors they offer, but their overall purpose is less for raising religious self-respect and more for lying to young Jews about Israel. I was saying my goodbyes, and I don’t think I shifted gears as well as I could.

At one point I roared a dragon’s like cathartic release at the thought of the whole horror of what Israel is doing to Palestinians and all the toxic, Hasbara lies that are used to attack people I respect. It just makes me scream sometimes. I think I scared my cousin, to the point she felt the need to hear me wish her daughter a safe trip as though I was yelling AT them. I don’t think I scared my young cousin. Sorry, either way. Sorry. Working on it.

In the interest of better understanding and directing my outrage, I have written my cousin the following Open Letter. Cuz, I must beg your forgiveness for not asking your permission in advance to mention you or include you here. I want to get this out before I fly out today, and I decided to bank on your assent. I hope I presumed correctly. I love and care about you. You aren’t just a vehicle for my message. Thank you for inspiring me to look and try harder to listen and to communicate. May we all show unceasing love and patience with family, friends, and ourselves as we push and pull and bump into one another on our journeys.

I wish you all the best on your trip and in general. All the love in the world to you, no less! I do hope we compare notes before too long. I promise to listen and to do my best to be a great listener. We don’t make time at family gatherings for much talk of Israel because it is uncomfortable and less fun than just hanging out. Let me be clearer now (and hopefully brief enough) about why Israel so outrages me.

I suggest that you not believe pretty much anything the leaders of the trip tell you about the neighborhoods you go to, their history or the stories of what happened to the Palestinians who lived in or around the areas you visit. I’m not saying I think that all the anecdotes or personal stories are a lie, but overall, a lie is being created.

When they take you to The City of David, know that the project is not about archaeology. It is about taking homes away from the people of Silwan and destroying a neighborhood. It is about what Israel itself calls “Judaization” of Jerusalem, denying its longtime residents rights to come and go, to marry non-residents and move into a family home. It is accompanied by a huge uptick of home demolitions in neighboring neighborhoods too, now, not in the past.

Cuz, don’t let them make you think that Palestinians are overall or even mostly antisemitic. I hope you don’t already think such a thing. They are fighting for their lives. There is a huge imbalance of power that gets pushed aside but is a fundamental difference creating the problem. Just the other day another 300 Palestinian olive trees were uprooted by violent Israelis near Bethlehem. How un-Jewish can you get; destroying orchards. If I meet the people there though, they are not likely to hate me even though I’m Jewish. More homes were destroyed in East Jerusalem and the West Bank in 2019 than in any other year.

I have many friends who are falsely maligned as terrorists and antisemites when they are the ones being attacked. They know the difference between Jews who attack them and those who don’t though some only experience the former. They aren’t just recycling old antisemitic hate like some Nazi or white nationalist. White House advisor Sebastian Gorka may like Israel, but has real Nazi ties! Palestinians are being told they have no place, that they never even belonged! What they have is being taken from them violently. To resist isn’t to hate, and there’s nothing blind about it.

The Great March of Return is a phenomenal movement. It isn’t some Hamas ploy of antisemitism. The real antisemites are the white nationalists who use Zionism cynically, destroying Judaism by turning into some fear-driven, militaristic, super-victim cult. Don’t believe that 100s or even 1000s of rockets from Gaza are the reason Israel is treating its people so murderously. Not Hamas or anyone in Gaza or any Palestinian entity has a military anywhere near the scale of Israel’s with its fighter planes and drones that make children fear the blue sky.

Please, have fun. See a lot. Enjoy the company and the experience. Come back safe in every way, and I’ll try to do the same. 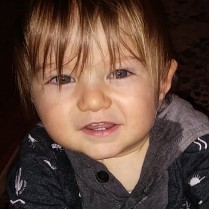 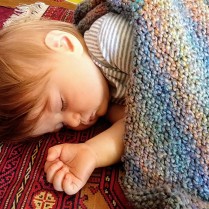 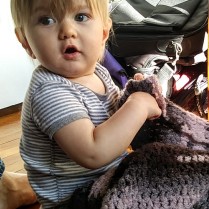 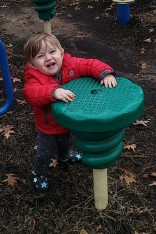 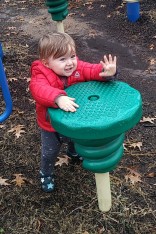 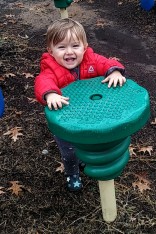 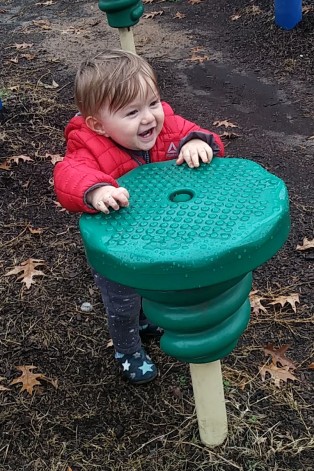 2 Responses to Safe Travels, Cuz. Enjoy yourself, but don’t believe anything they say.